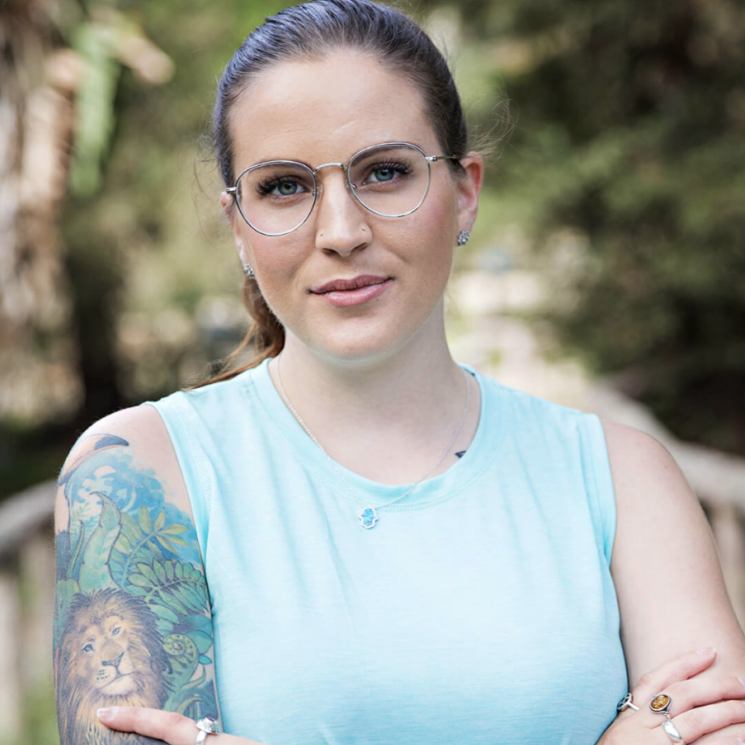 Jess Burke (she/her, they/them) is an activist who focuses on anti-oppression and the inclusion of antisemitism in anti-racism practices. She has worked extensively with interreligious, queer, and equity-seeking communities across North America. Jess identifies as a queer Jew who advocates for women and gender non-conforming representation in politics, combatting antisemitism in progressive spaces, intersectional frameworks when addressing oppression and both digital and published communications. She has served on several national boards and committees, has been the recipient of social justice awards and has successfully led several grassroots fundraising initiatives. Jess is formerly a Director at CIJA (Toronto, Canada) and is Zioness’ incoming National Vice President of Advocacy. She has supported EDI departments coast to coast across post-secondary, not-for-profit, human rights commissions, and NGOs. Additionally, they have worked as an independent consultant and formerly developed, strategized, and facilitated intercultural, interreligious programming, support services, events, and dialogues in multifaith and ethnocultural spaces at the University of Calgary. Jess is also an intercultural start-up founder. She has lived in Halifax, Toronto, Guadalajara (Mexico), Calgary, Los Angeles, and Israel. Identifying as equal parts Canadian and Israeli; Jess can be found at a rally, protest, the farmers market, an art studio and with her spouse, Shani, and their three dogs, Blanket, Teddy, and Bean.