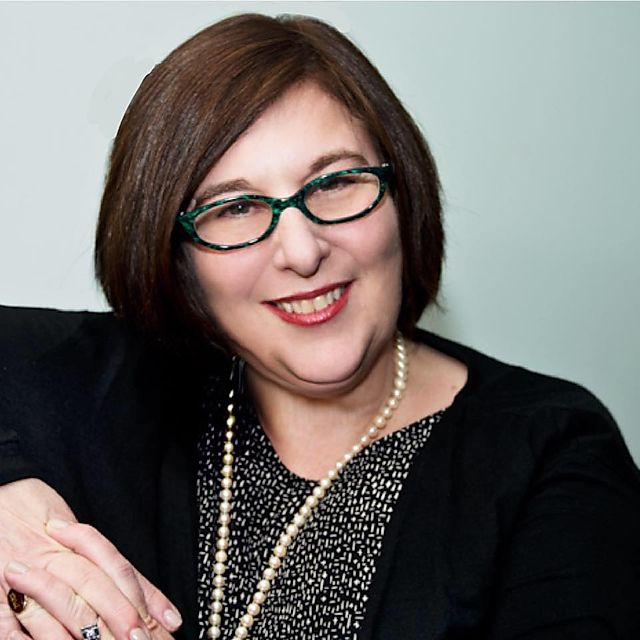 Denise L. Eger was raised in Memphis, TN.  She graduated with honors from the University of Southern California with a Bachelor's Degree in Religion in 1982.  She received her Master's Degree from Hebrew Union College – Jewish Institute of Religion in 1985 and was ordained as Rabbi in 1988 at the New York campus of HUC.

Rabbi Eger believes that activism is an important part of her rabbinate.  She has worked extensively with people with AIDS. She served as co-chair of the Community Advisory Board of the Shanti Foundation and is a past Chair of the Spiritual Advisory Committee of AIDS Project Los Angeles.  She is past Co-Chair of the Institutional Review Board for Search Alliance, an AIDS drug research organization.

She co-chaired the Gay and Lesbian Rabbinic Network for two years. She is a past Treasurer of the Women's Rabbinic Network.  She was the founding President of the Lesbian, Gay, & Bisexual Interfaith Clergy Association.  She served on the Board of the No On Knight Campaign/No on Proposition 22. and sat on the Board of the Equality for All/No on Prop 8. She is active on the steering committee of the California Faith for Equality and helped to organize Jews for Marriage Equality. She is a member of the Religion and Faith Council of the Human Rights Campaign.

Rabbi Eger helped to organize the Southern California Gay and Lesbian Jewish Professionals Group, which brings together gay and lesbian Rabbis, Cantor, Jewish communal workers and educators in the L.A. area.  She is a board member of the Institute for Sexual Orientation and Judaism of Hebrew Union College and an Overseer of the Los Angeles Campus of Hebrew Union College.

Rabbi Eger is the past chair of the Task Force on Gays and Lesbians in the Rabbinate of the Central Conference of American Rabbis and also serves on Human Sexuality Committee of the CCAR and represents the CCAR on the Joint Commission on Synagogue Management with the URJ.

Rabbi Eger was instrumental in helping pass the March 2000 CCAR resolution in support of officiation and gay and lesbian commitment ceremonies. She is co-author of the official Reform movement gay and lesbian wedding liturgy.

Rabbi Eger has written many articles that have appeared in magazines and newspapers such as Compass, Reform Judaism, The Advocate, The Jewish Journal, the Huffington Post, The Jewish Forward, KCET Blog and the Los Angeles Times including contributions to the books, Twice Blessed: On Being Lesbian, Gay and Jewish (Boston: Beacon Press, 1988) and an article on Judaism and Homosexuality in the new edition of Positively Gay, edited by Betty Berzon (Berkeley: Celestial Arts, 2001).  Rabbi Eger's work is also featured in a collection published by the Union of American Hebrew Congregation, Jewish Question Our Children Ask, edited by Olitzky, Roseman, and Kasakove.  Rabbi Eger was featured in a book by Suzanne Sherman, (Temple University Press) Gay and Lesbian Marriages.  She has been featured in the book UNCOMMON HEROES, as one of 150 prominent gay and lesbian role models in the United States.  She also authored a chapter in the book entitled Conflicting Vision – Contemporary Debates in Reform Judaism by Routledge Press. Rabbi Eger has contributions to Breaking the Glass: A Spiritual Guide to Your Jewish Wedding (Weiner, CCAR PRESS, 2001). Rabbi Eger wrote a chapter in the book, Lesbian Rabbis: THE FIRST GENERATION by Elwell, Alpert, and Idelson (published by Routledge Press, August 2001). And she was featured in the photographic collection, Rabbis: The Many Faces of Judaism by George Kalinsky. (Rizolli Press, 2002).  Rabbi Eger has contributed articles to the Women’s Haftarah Commentary and new Women’s Torah Commentary published by the Women of Reform Judaism. Her work in her congregation on issues of Judaism and addiction recovery was recently highlighted in an article in the Jerusalem Post (December, 05). Rabbi Eger was recently featured in articles by the Jewish Forward and the Los Angeles Times on her leadership roles. Rabbi Eger’s latest work, a commentary on Parshat Vayigash, appears in Torah Queeries: Reading the Bible through a Bent Lens published by New York University Press.   Rabbi Eger has a Torah commentary fin the book Text Messages published by Jewish Lights Press. Most recently Rabbi Eger has two articles in the anthology entitled, The Sacred Encounter: Jewish Perspectives on Sexuality,(CCAR PRESS, 2014)

Rabbi Eger has won numerous awards for her dedication and activism.  She was recognized for her Social Justice work in 1992 by Metropolitan Community Church with the Pat Underwood Community Service Award.  In 1996 she was given then Rainbow Key by the City of West Hollywood and the West Hollywood Lesbian and Gay Advisory Council. In 1998 she was awarded the LACE Spirituality award by the Los Angeles Gay and Lesbian Center.  In 1999, Rabbi Eger was named Business Woman of the Year by the West Hollywood Chamber of Commerce and the City of West Hollywood’s Women’s Advisory Council. Rabbi Eger was honored in 1999 by the Freedom to Marry Coalition for her work to support Gay and Lesbian Marriage Rights and Rites. In February 2000 Rabbi Eger was named as an Angel Amidst by the City of West Hollywood for improving the quality of life in the city. In October 2000 was awarded the Partnerin Faith award by the Universal Fellowship of Metropolitan Community Churches for her outstanding work on the Reform Movement’s position on officiation at Gay and Lesbian Ceremonies. She was given the Shomer Tzedek award by Kol Ami on the occasion of the congregation’s tenth anniversary. Rabbi Eger received Spirit of Hope Award for her AIDS activism from Being Alive in 2004. She was featured in Los Angeles Weekly as one of the Persons of 2006.  Rabbi Eger received the Morris Kight Lifetime Achievement Award from Christopher Street West/Los Angeles Gay Pride in June 2008. In October of 2009 Rabbi Eger was named by National Women’s Political Caucus’ 12 Remarkable Women for 2010. In 2011 Rabbi Eger received the Human Rights Campaign Equality Award at its Los Angeles Gala.

In October 2011 Rabbi Eger was named a GLBT Icon for her long history of activism and service for Gay and Lesbian History Month by the Equality Forum.

In June 2008 Eger had the honor of officiating at the first legal wedding for a lesbian couple in California.

She is a noted speaker on the topics of human sexuality, GLBT issues and Judaism, AIDS, the changing Jewish Family, Spirituality and Health issues in Judaism and Politics, Progressive Judaism and the Radical Right.  Rabbi Eger has appeared on numerous radio and television programs. Rabbi Eger blogs at the Huffington Post and daily at Walking Humbly Seeking Justice Living with Hope.

Rabbi Eger is married to Rabbi Eleanor Steinman and has a son in college.