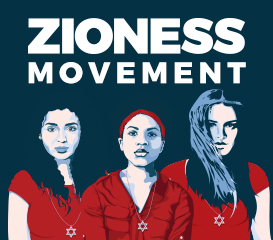 Last week, we celebrated Passover, commemorating the first time the Jewish people fled persecution and found refuge in Zion. For 3000 years, we have celebrated this first Zionist voyage with cries of “Next Year in Jerusalem!”

Three weeks ago, a Jewish congressional staffer found a U.S. Capitol officer reading the “Protocols of the Elders of Zion” on the job — just two months after neo-Nazis stormed the epicenter of American democracy. This reemergence of the “Protocols” reminded us that the demonization of Jews as “Zionists” (“Elders of Zion”) long predates the Israeli-Palestinian conflict and the establishment of the modern State of Israel.

Paradoxically, two weeks ago, 200 academics, some Jewish and some not, signed a declaration denying that “anti-Zionism” is explicitly anti-Jewish. The goal of the new “Jerusalem Declaration on Antisemitism” (JDA) is to undermine overwhelming support for the globally-established International Holocaust Remembrance Alliance (IHRA) definition of antisemitism, or at least to muddy the waters enough that application of IHRA’s definition becomes taboo.

Ironically, though, by its very existence, JDA clearly demonstrates why IHRA is not only important, but also entirely appropriate — and why certain criticisms of IHRA leveled by some of JDA’s signatories have always been somewhere between confused and intellectually dishonest.

JDA claims it exists to answer one urgent question: “When does political speech about Israel or Zionism cross the line into antisemitism and when should it be protected?” But if this is JDA’s primary raison d’être, it was all for naught, as this question is itself a false choice, a manufactured binary.