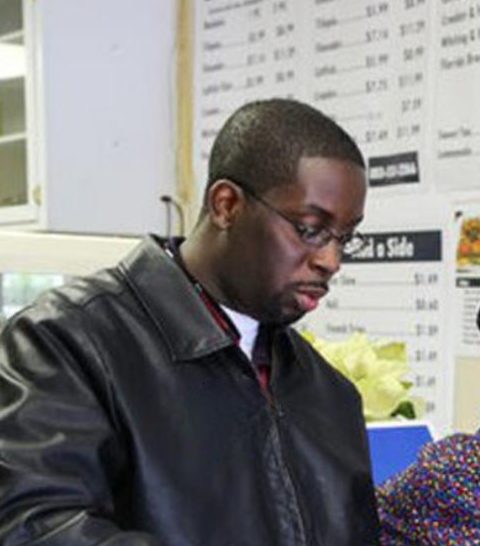 Thank you, Zioness, for the incredible work you did with Fair Count during Georgia's runoff elections. The text bank we partnered on was one of the most amazing and productive voter contact events of our GOTV efforts. We are grateful for all the work you continue to do in Georgia and beyond, and Fair Count would absolutely love to continue working with Zioness as we continue to broaden the pathways to civic engagement in this new year. 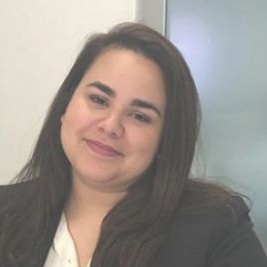 New Florida Majority Education Fund worked with Zioness members on our voter education and mobilization efforts for the November election. We called low propensity voters in black and brown communities across the state to help them make a plan to vote and get our communities informed on the importance of voting. When faced with voter suppression tactics targeting people of color, these actions are critical towards making sure our democracy functions and ensuring that our electorate reflects the ever-changing Floridian population. We look forward to expanding this partnership for the 2021-2022 cycle and beyond. 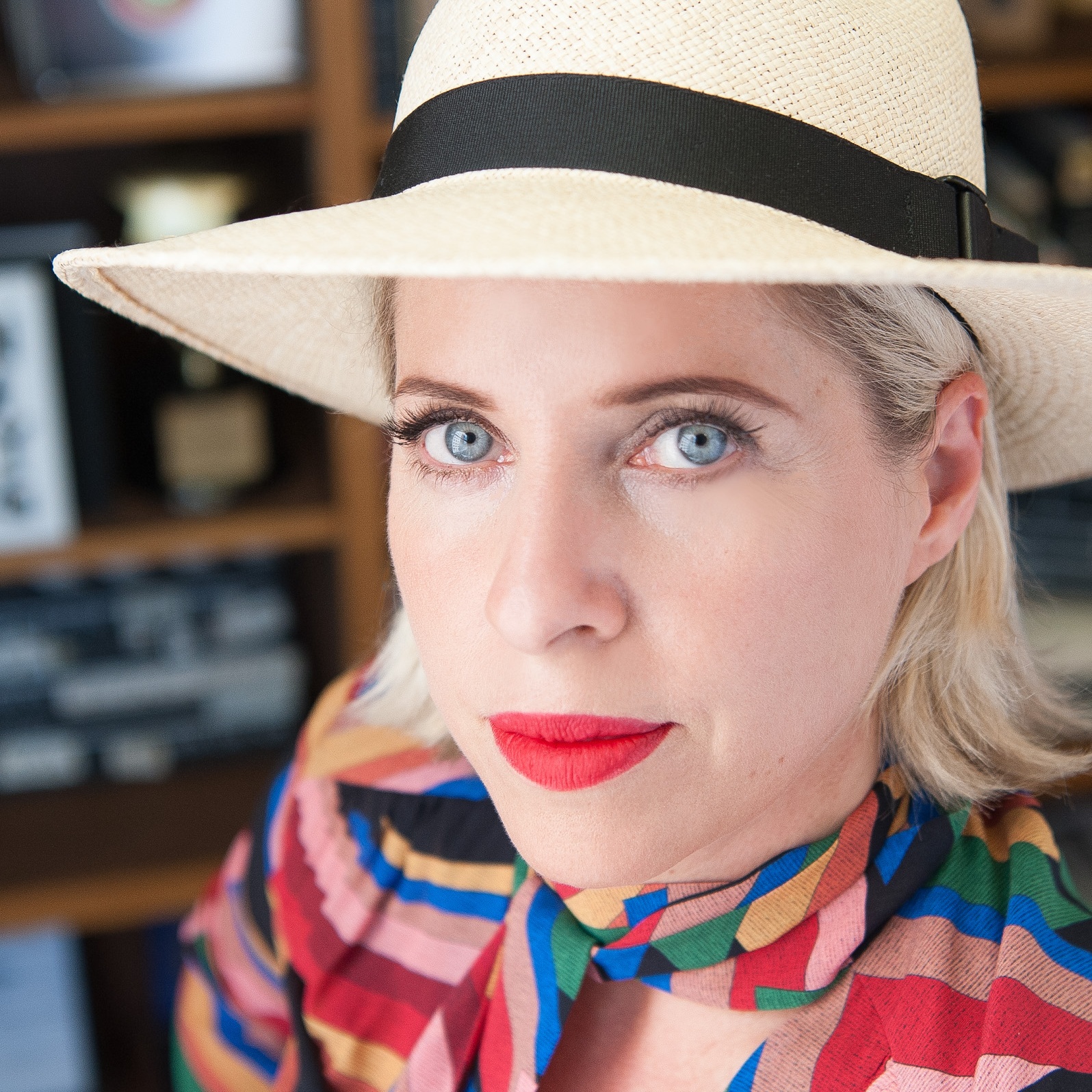 I loved learning that you existed...the name [Zioness] is so brilliant. It captures this power of a powerful Jewish woman and the way I feel. 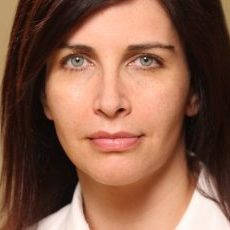 Zioness is all about being a proud woman and a proud Jew. Zioness is about being fearless and about actively resisting those who tell you that if you are a proud feminist you somehow must check your Zionist identity at the door. Zioness is the living proof that Zionism and Feminism are revolutions for equality that face backlash precisely because of their success. Zioness tells that we are never going back. 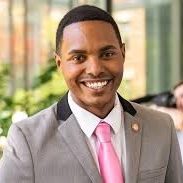 Zioness has created a space for Zionists, progressives and individuals from all walks of life to come together, engage each other and share their commitment to social justice and equality for all. I'm grateful for Zioness' leadership in building an inclusive movement and showing that Zionists can advocate for racial, social and economic justice. 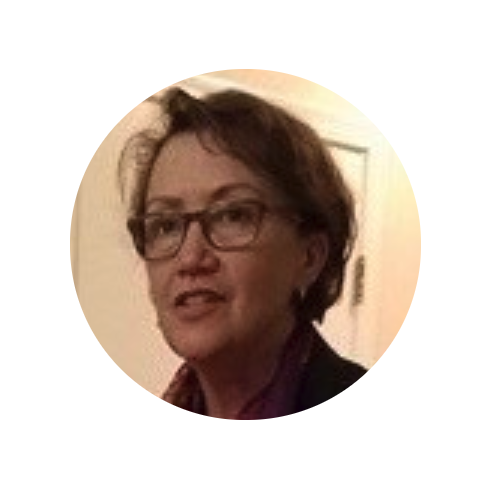 Zioness is partnering with the Center for Common Ground through the nonpartisan Reclaim Our Vote campaign to reach and empower voters of color in Georgia communities that are often overlooked by conventional campaigns. We are delighted that Zioness organizers have joined our weekly coalition meetings with Reclaim Our Vote organizers across the country. We look forward to continuing to work together in 2021 on our new Democracy Centers Program initiative. Together, we are strengthening our democracy. 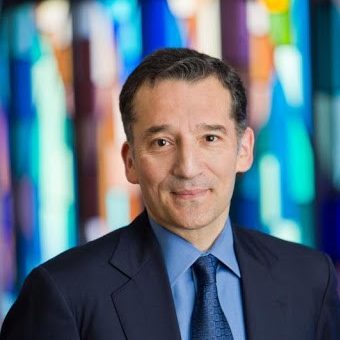 Newsweek’s “Most Influential Rabbi in America"

No matter where you stand on the political spectrum, if you care about fighting antisemitism, you should love Zioness. 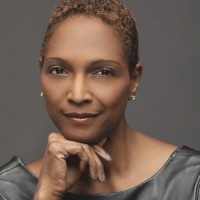 CEO of The Cavu Group, a diversity, equity, and inclusion firm.

As we forge ahead assuring we share our history and lead the charge for understanding, change and justice, Zioness Movement is a movement I am proud to say I work with and believe in. We are stronger together! Amanda believes it and so do I. 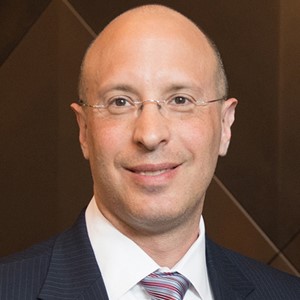 Son of Marion and Elie Wiesel

In her early years after arriving here from Holocaust-torn Europe, my mother saw firsthand the racism and prejudice being inflicted on African-Americans. She quickly joined the NAACP and marched proudly in the South of the 1950s, protesting injustice at every opportunity. She is now in her eighties. When progressive movements declare that she would not be welcome because she believes that our people deserve the right to self-determination in our ancestral Jewish homeland of Israel... it feels incomprehensible. Thank you Zioness for creating a platform where my mother’s passions for social justice and for Israel’s existence cannot be ‘cancelled’. 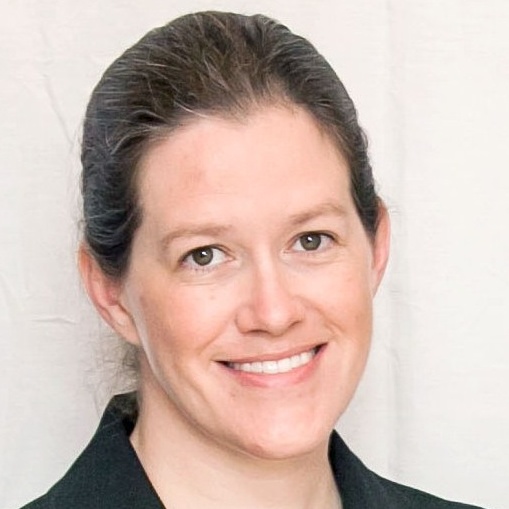 “Zioness was a great and easy partner to work with. They helped us reach our goals and quickly mobilized their activists into action, engaging thousands of people with us.”

This is not going to work for the Jewish community to opt out of all justice causes that are actually deeply important to us and that we have been at the forefront for generations...We need to show up more, not less. And Zioness is a model for us. [Its founder] was seeing the ways, deeply painfully, that she felt shut out of all of these progressive movements...She said, "I am not willing to say that I don’t care about this. I want to show up as a Jewish woman who is a proud Zionist." And I thought to myself, now that is what we need to be doing more of. 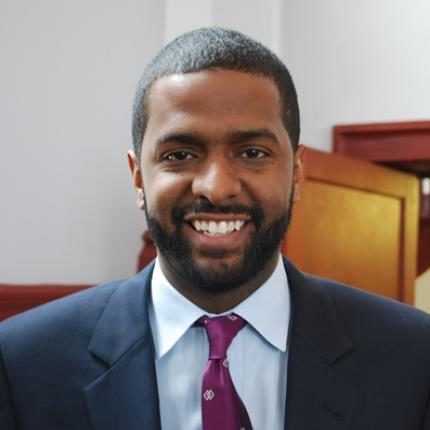 Zioness is now encouraging individuals to become more active because you can’t get beat up and then sit down. You have to be willing to get off of the stool in between rounds and come and fight back...You still need to make sure you are healthy mentally, physically and emotionally but also make sure you are ready to go out and fight for what you believe in...There is a generation behind us that is depending on us. 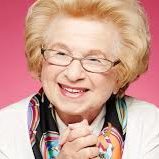 Therapist, Author, Educator and Orphan of the Holocaust

As an orphan of the Holocaust and a sniper during the Israeli Independence War, I am filled with joy as I watch Zioness take a leading role in speaking out against antisemitism, no matter where it comes from, and working to reclaim the word Zionist. 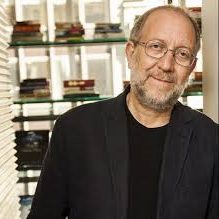 All of you in Zioness who are fighting the good fight, this is really the most important struggle for this generation for the Jewish people; to defend the integrity of our story. I really just want to say how much I respect and appreciate your work

Margaret Sanger once said no woman can call herself free who does not control her own body, and I am proud to stand with Zioness, women around the world and all of you in our fight for freedom. 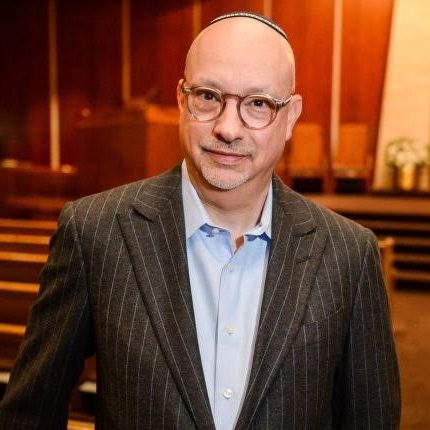 I support Zioness because it has filled a void in the Jewish advocacy universe for Jews like me: Fervently Zionist and unapologetically progressive on domestic social justice issues, terribly frightened by the antisemitism/anti-Zionism infecting college campuses and social justice advocacy groups, fearful that our government is engaging in bigotry and racism, and angry that the Jewish community is at war with itself. There are many...worthy organizations in the social justice and Zionist arenas...But count me a proud Zioness. 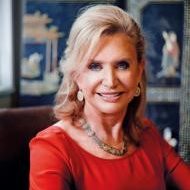 I want to really thank all of the people that are part of this coalition that has come together to support the Zioness principles and the Zioness belief that we should all include everyone. I want to be part of an inclusive effort. I applaud [Zioness's] efforts to fight anti-Semitism and advance progressive, feminist values across the nation. There is no room for bigotry or discrimination within the women’s movement. 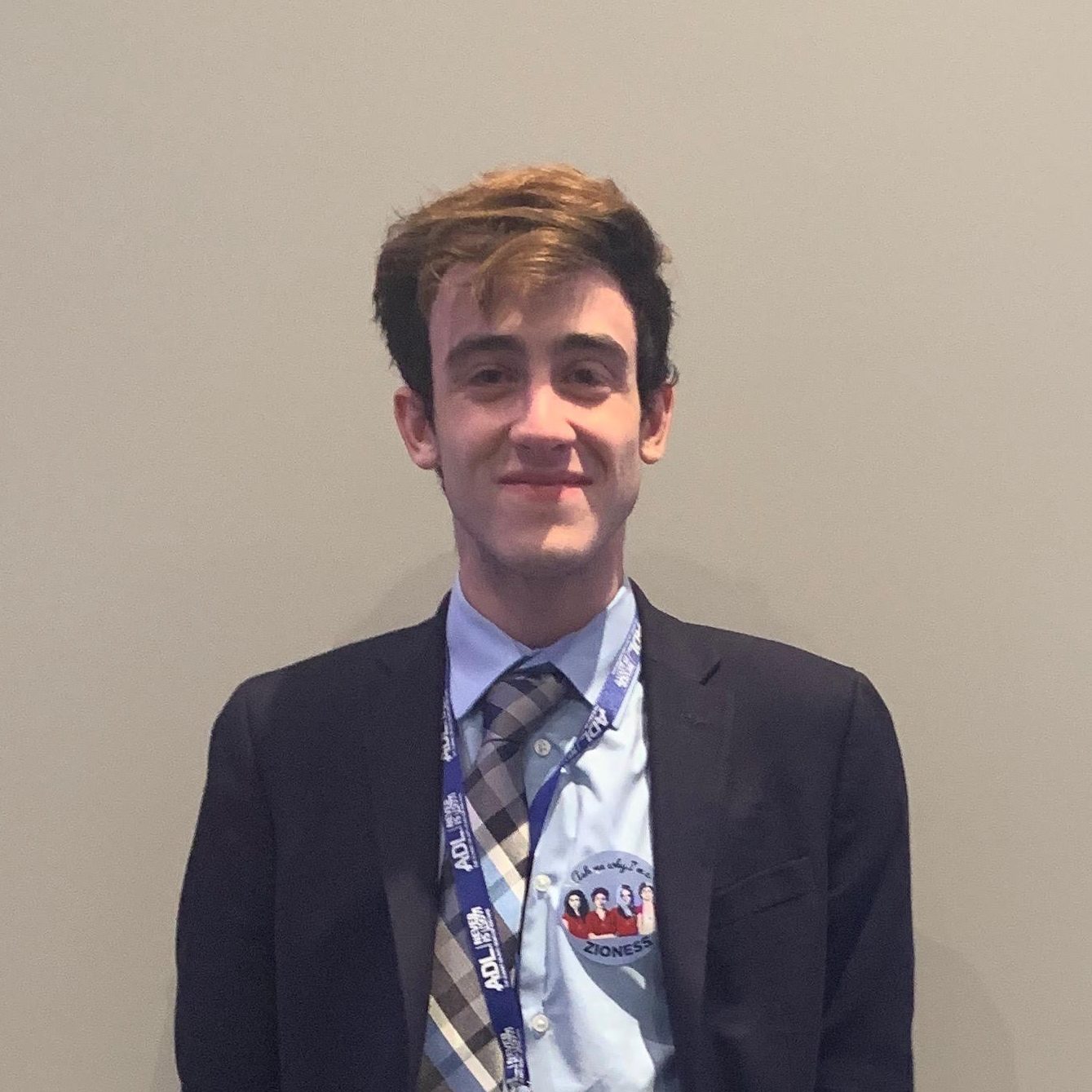 I am so lucky to have Zioness at my back. It truly is THE organization that I feel most profoundly channels the intersection between progressivism and Zionism. Going to the Dyke March after it banned the Star of David and seeing Zioness there was the biggest confidence boost and comfort and support that I ever could have asked for. The Zionesses told me, "We are with you! We care about all the same things you do! You are not alone. 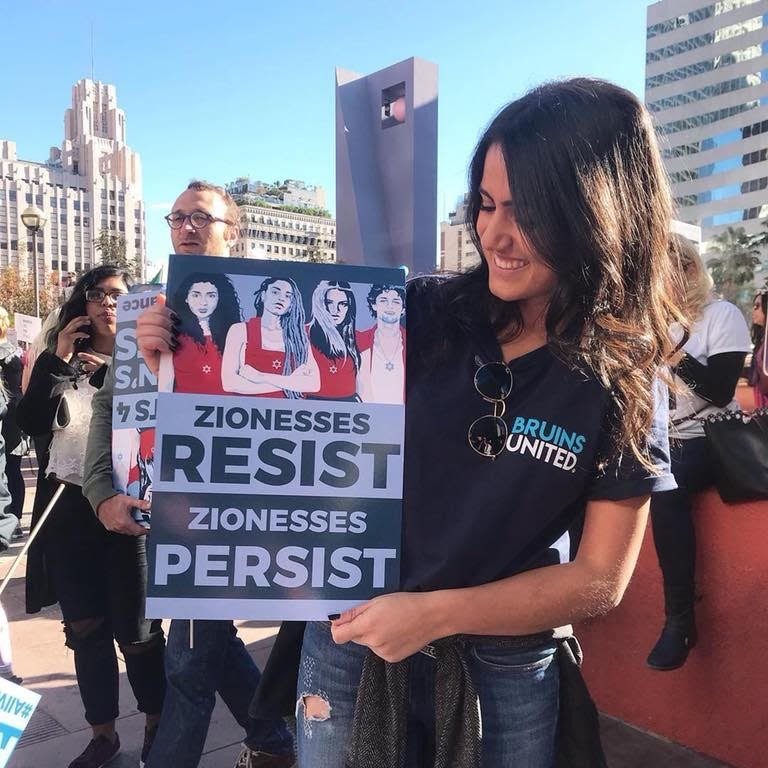 I spent much of my four years at UCLA as an advocate for and within the Jewish community. Over and over again I found myself having to tell and retell our narrative as a people who defied the odds time and again; as a people who spoke up and speak out not only when we have the power to speak, but especially when we don't have the power to remain silent; as a people who will never cease to seek justice without end. At some point in the last decade, that narrative was hijacked and misappropriated by some who sought to demonize and delegitimize us. Zioness has empowered the next generation of Zionist leaders, advocates and organizers to reclaim and retell our narrative -- in unity but never uniformity. The strength of this movement lies in its purpose and its promise. I am proud to call myself a Zioness. 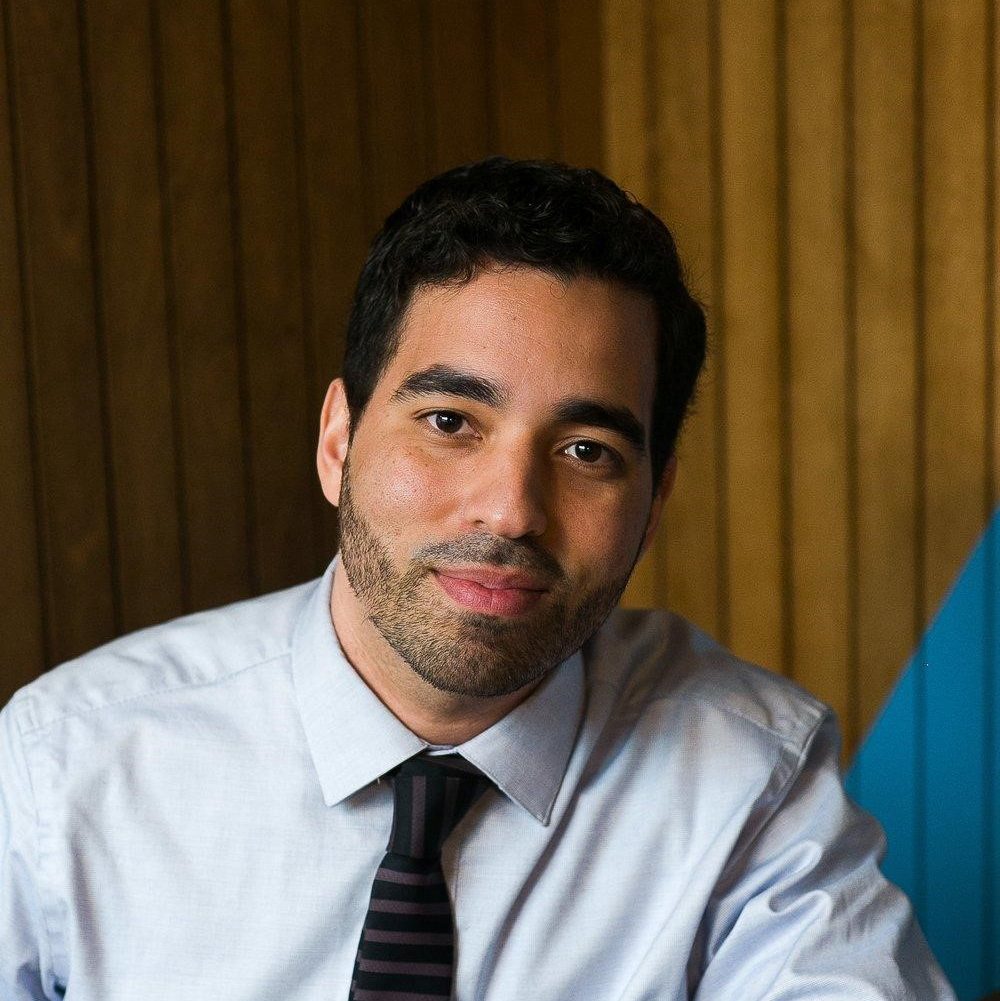 I met Amanda and Zioness at the Families Belong Together march protesting the cruel child separation policy. In our subsequent conversations, we spoke candidly about Israel, Palestine and why she founded Zioness. I carried that conversation into my community as I considered the issues in the Dominican Republic, Haiti and the Island of Ayiti. We must all stand for the rights of refugees, immigrants and hold accountable those who threaten their rights, including friends and family. Zioness does just that with their words and actions by showing up at rallies, hosting teach ins, and advocating for all communities, including the Latino community. I stand with Zioness and the Jewish community. 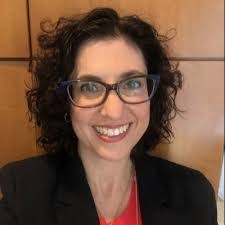 Zioness provides a home for those of us who feel politically homeless - a home where both our progressive and Zionist values are not only tolerated, but where they have the opportunity to be harnessed into action for the greater good. I am so proud to serve my local Zioness chapter and can’t wait to see all that we will accomplish! 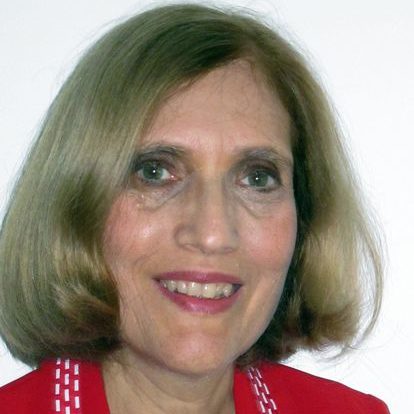 I am so proud to be an activist with Zioness in South Florida. As a feminist committed to social justice and a Jew committed to self-determination for the Jewish people in Israel, I am so grateful that at last there is a "home" for me in the American political landscape. We must work together to strengthen and expand the space where we can be our whole selves as progressives and Zionists. 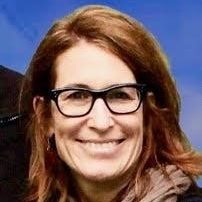 As a local Zioness chapter leader I value the support, training, and community I get from being a part of Zioness. In North Carolina, we have a lot of work to do on racial justice, voting rights, immigrant rights and much more. I am proud to roll up my sleeves and be a part of movements for local change and I am grateful that Zioness provides a space for me to do that as a progressive and a Zionist. My Judaism fuels my passion for social justice, and I am so grateful and proud to be a part of this movement! 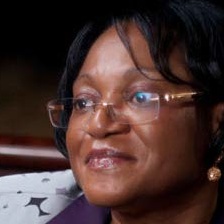 As a woman of color I am proud to be associated with Zioness Movement. You are truly listening and seeking change.