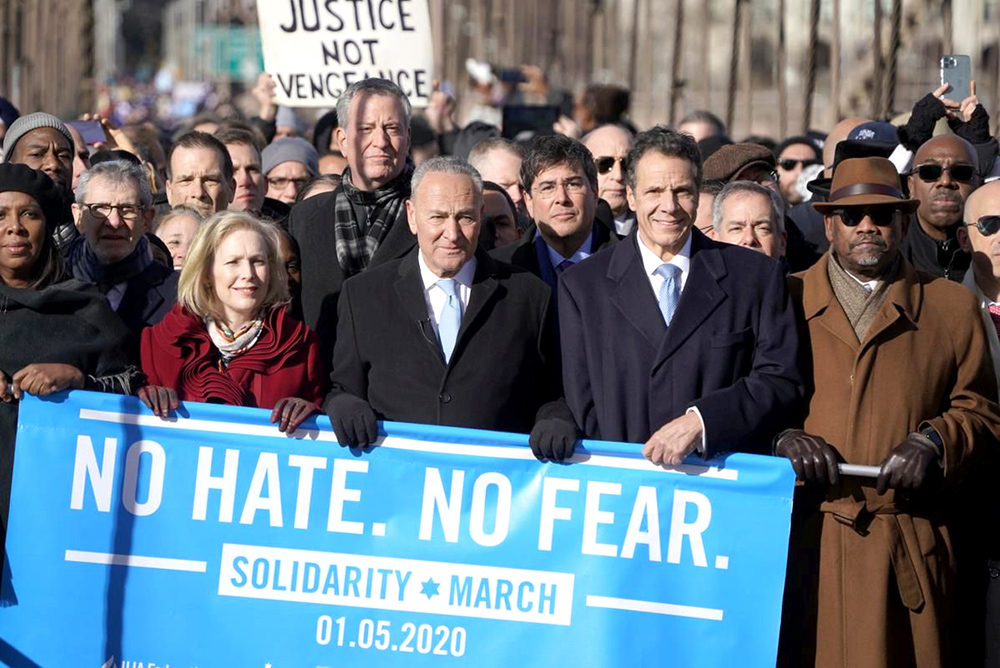 Dozens of elected officials from the Greater New York region on Sunday joined more than 25,000 New Yorkers at “No Hate. No Fear,” a solidarity march with New York’s Jewish community, across the Brooklyn Bridge. The march was organized by UJA-Federation of New York (UJA) and the Jewish Community Relations Council of New York (JCRC-NY), as well as ADL-NY, AJC-NY, the New York Board of Rabbis, Americans Against Anti-Semitism & Zioness following the violent, anti-Semitic attacks in Monsey, Brooklyn, and Jersey City.