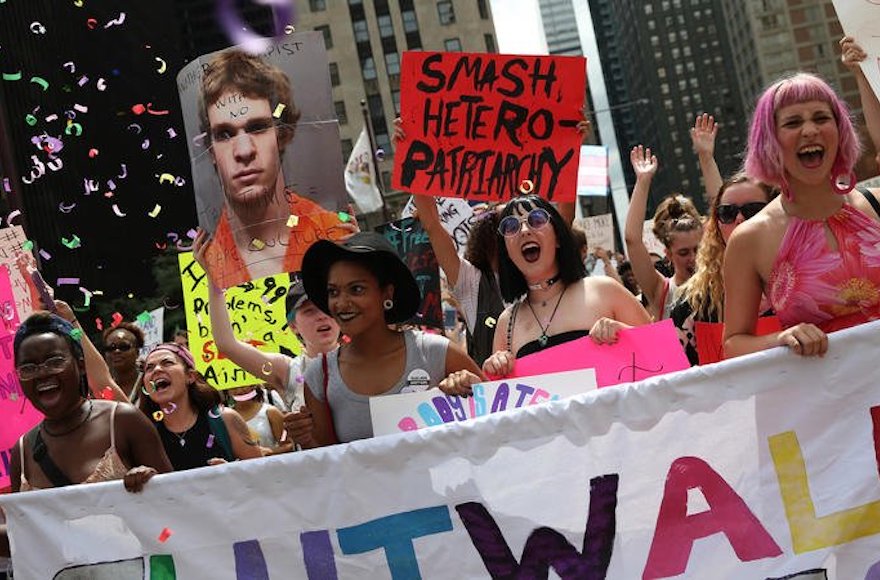 The women joined a rally ahead of the march in a local park. According to reports, they carried signs depicting a woman wearing a Star of David necklace and in some cases wore rainbow-colored T-shirts emblazoned with a Star of David. When they waved their signs, other SlutWalk participants blocked them from view with the red umbrellas they were carrying as a symbol of solidarity with sex workers.