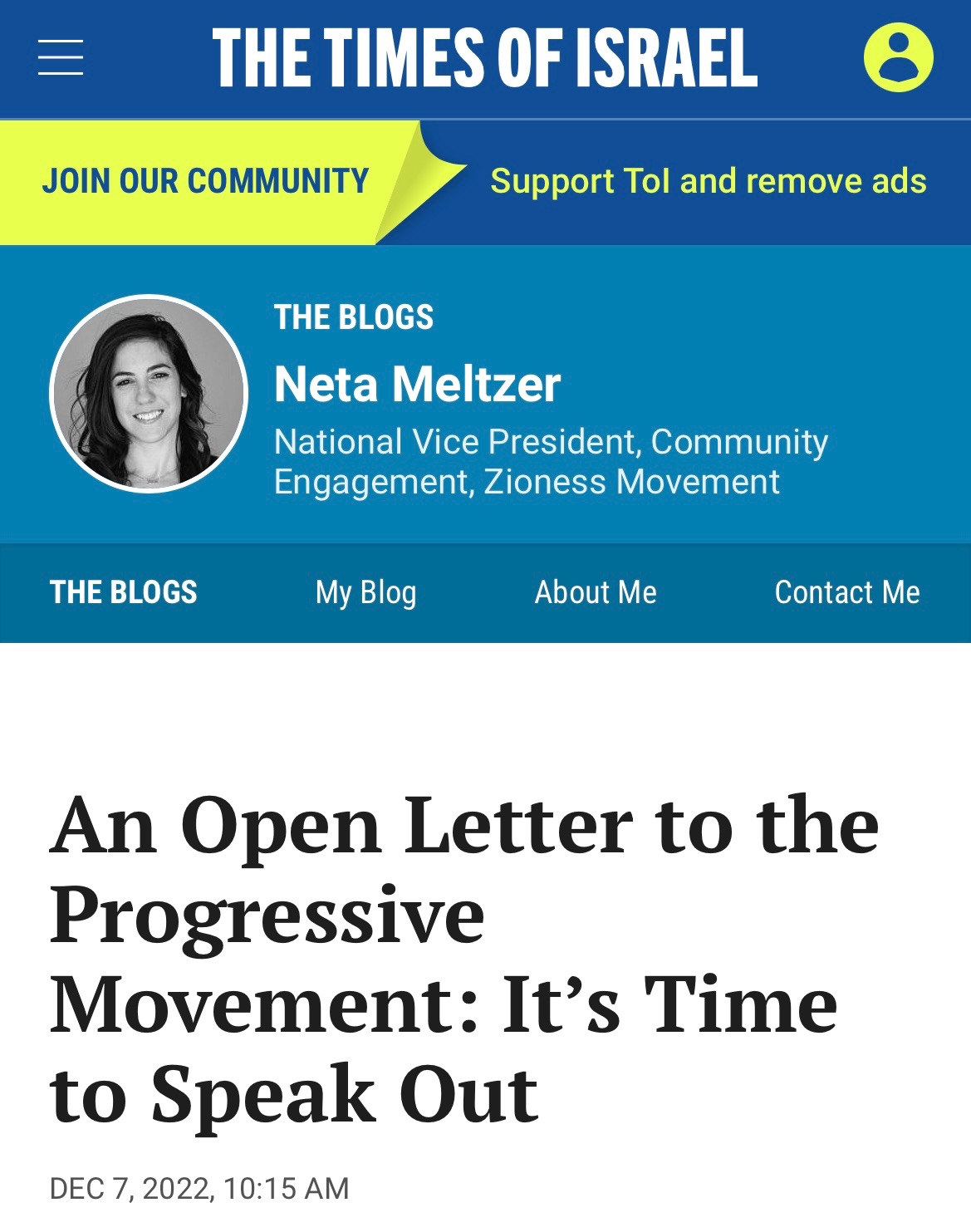 It seems like everyone’s talking about antisemitism lately. Some are perpetrating it in an increasingly bewildering succession of tweets and media appearances. Others are covering it on various news channels. The Jewish community, as we do, is dissecting the details and working to understand what all of this means for us. And there are influential voices out there, for which we are existentially grateful, urging solidarity to our community in this agonizing moment that seems never-ending. The president even felt it was important to take a stand, and the White House is hosting a round table on the matter this week.

But certain urgent voices have remained disconcertingly silent, and it wasn’t until I reflected on the social media posts I was seeing getting shared and celebrated for their support of the Jewish community that I stopped to think about who I wasn’t seeing. I wasn’t seeing major progressive groups and organizations taking this moment to stand with the Jewish community.

I wanted to believe perhaps I’d simply missed something. After all, I have always worked in progressive spaces myself. I know how much this movement cares about the safety, dignity, and flourishing of all communities in this country.

But diving into various digital channels and searching through recent public statements yielded nothing. I saw plenty of commendable statements of solidarity aimed at other groups. Perhaps I wasn’t searching hard enough.

It shouldn’t take this much effort to uncover sentiments of support in a time of need.

The progressive movement should be a seamless, natural ally to the Jewish community. But despite the fact that so many Jews in this country find themselves ideologically aligned with the progressive left, for a long time now that movement has behaved as if we are either inevitable supporters – no matter their approach to our oppression – or unimportant ones.

Throughout my tenure in progressive environments, I encountered deafening silence through the violence in Pittsburgh, Poway, and Colleyville. I was told my identity didn’t qualify me to join workgroups focusing on diversity, solidarity, and inclusion. I was called a Zionist (I am one – they meant it as a slur). Assumptions were freely and unapologetically made about my political leanings, my perspectives, and my general pleasantness based on the fact that I was born in Israel and that I am a Jew. Throughout it all, I was expected to continue supporting the causes that have always meant so much to me – and I still do.

I watched the movement, rightfully, shower other communities with much-needed solidarity in some of the most challenging political moments in recent history. And I was expected to understand why my community, to borrow (as I find myself so often doing these days) from David Baddiel, “didn’t count.” But I don’t understand, because it doesn’t actually make sense.

The progressive movement is long overdue to reconsider their approach to – and their very understanding of – the Jewish community.

Let this serve as an open letter to progressive groups across America. At this moment, Jews are making note of our allies, and, perhaps naively, we expect those we’ve always supported to be there for us, too. But that’s not why you should boldly and proudly and publicly announce your support of the Jewish community. You should do it because this is exactly what a movement that is truly progressive, in its values and its actions, would do.