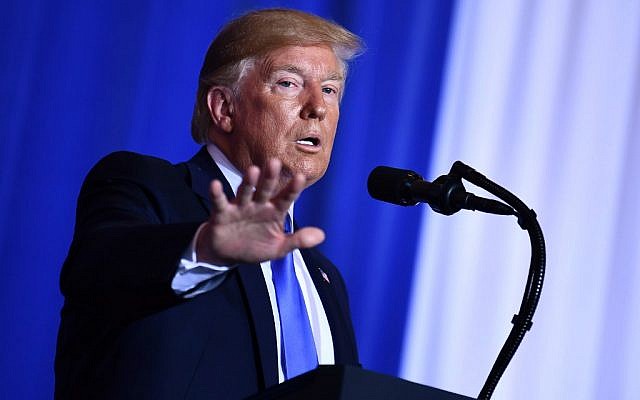 Amanda Berman, who heads the Zioness Movement, a progressive Zionist organization, said Trump’s comments could help fuel anti-Semitism that’s already on the rise in the United States.
“He doesn’t understand the fundamental challenges of the Jewish community in fighting anti-Semitism,” she told The Times of Israel. “People like to say that Jews are privileged white people and who can’t engage in intersectional battles or social justice spaces. He contributes so substantially to that dialogue, which is inherently anti-Semitic. And he is fueling it by connecting Israel to his own white supremacist tweets that attack congresspeople of color.”