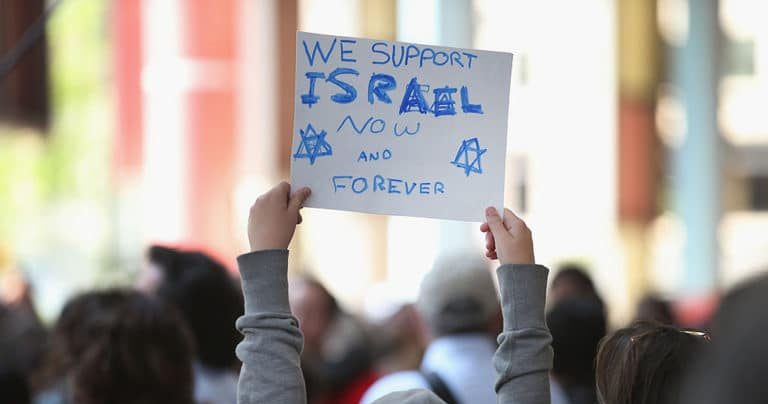 It’s time to recognize what I’ve long perceived as the thankless world of liberal Jews, who sometimes feel like the sole voice defending Israel among progressive circles.

“I’m not looking for recognition or a medal for defending Israel against haters on Twitter,” one of my progressive Jewish friends told me last week, “but I hope that some Jews on the right know that I’m getting beaten up pretty badly on social media right now.”

The real sting, according to my friend? “While I was responding to anti-Zionist posts, sometimes as the only person to defend Israel on a thread with hundreds of comments, some of my Jewish friends on the right were accusing me [in light of Israel’s recent conflict] of having ‘Jewish blood on my hands’ for having voted for [President Joe] Biden.”

This column isn’t going to win me popularity with some Jews. But it’s time to recognize what I’ve long perceived as the thankless world of liberal Jews, who sometimes feel like the sole voice defending Israel among progressive circles.

“Liberal Jews who are supporting Israel are getting verbally attacked right now by other Jews for voting Democratic and supporting Biden,” my friend, Matin Sabz, said. “This is wrong. This isn’t unity. And the majority of Jewish liberals I know support Israel. We need to stop attacking each other during this crisis.

“As a kid in Iran,” he continued, “I attended an all-Muslim school where I was the only Jew. I got into a lot of fights there because I was a Jew. But one thing that all of my attackers had in common was that none of them ever asked me what type of Jew I was. The enemy doesn’t put us into different groups; they see us a whole and hate us equally. If this is so, why can’t we see each other as one?”

I’m a moderate; I don’t follow left-wing or right-wing social media groups and pages, especially on Facebook, Twitter and Instagram. Frankly, my nerves can’t handle it; the pandemic already turned half of my hair into a lovely, dull grey color, and I don’t need outright lies against Israel on social media to wipe out the other half.

I don’t see what my friends who are part of leftist circles on social media see; I can’t take screenshots of posts from racial justice Facebook groups to which they belong, including groups whose members vehemently declare, as they have in the past week, that the Palestinian cause is unequivocally a Black cause (or so I’m told by one friend on the left).

As one can imagine, defending Israel in such spaces isn’t easy: “I don’t want to be cast out of my progressive circles,” said one friend who is especially passionate about LGBTQ+ allyship and racial justice, “but I also can’t sit idly by when my local Black Lives Matter chapter sides against Israel. In the end, I’m pretty sure that my fellow activists will blacklist me from other causes, which I also care deeply about because I’m a Zionist. It’s only a matter of time.”

These days, it seems that “going public” with any sentiment that would seem even remotely sympathetic to Israel is a liability for social justice warriors. Last year, my friend, Emily Green, posted a Facebook flyer for an upcoming “Day of Rage” against Israel in San Diego (with protests in front of dubiously non-political spaces such as UC San Diego Hillel). I asked her to make her post public so I could share it, but she couldn’t, citing safety concerns. Imagine that? A hateful group of anti-Zionists were protesting outside of a campus Hillel, and my friend was concerned for her safety if she shared a simple flyer that they created.

“I’m still trying to assess my own comfort level right now in real-life groups that I started,” she told me. The irony is unbelievable: Green started several progressive groups (which meet in person) that have nothing to do with Israel or Jewish identity. And now, she noted, “the conflict has created a wedge between people; it’s hard to work with people who promote propaganda against Israel and who don’t see Hamas as a problem. And that makes it hard to partner with other groups that have an anti-Israel agenda, even if you’re partnering on domestic issues.”

Green has also noticed an ongoing trend among progressive social media circles: “People I’ve worked with for a year, who consider themselves anti-racists, seem to lack empathy and understanding when a Jewish person tells them their concerns, including safety issues about our own community,” she said. “I think that’s the crux of it; it’s… a lack of empathy for Jews and only Jews.”

In Green’s experience, anti-Israel propaganda has bled beyond the pages of social media circles dedicated to politics: “Jews (and non-Jews) are getting removed from real life and social media groups and pages that have nothing to do with the conflict, including dieting groups, gardening groups and literary groups,” she said. “If they dare say simple things like ‘Hamas is a terrorist organization,’ they’re out of those groups.” Green was particularly distraught recently when she saw a Facebook and Instagram post from Cat Brooks, a former Oakland mayoral candidate, in which she said, “Zionists: feel free to self-select yourself off of my friends list/newsfeed/timeline.”

ANTI-ISRAEL PROPAGANDA HAS BLED BEYOND THE PAGES OF SOCIAL MEDIA CIRCLES DEDICATED TO POLITICS.

I don’t follow Brooks. I never did. And I can’t stop thinking about Emily, who created those in-person and online groups which now, amazingly, exclude her. I want to thank her and others who continue to show up every day in progressive circles where they no longer seem wanted.

“There’s no humanity on social media,” Amanda Berman, founder and executive director of the Zioness Movement, told me. Zioness, according to its website, is a “coalition of Jewish activists and allies who are unabashedly progressive and unapologetically Zionist,” with more than 30 chapters across the country. “This is a traumatizing moment for those of us who fight for liberation for all persecuted minority groups — including the Jewish people,” she said. “We’re very lonely in the progressive movement.”

Last week, Berman, who is based in New York, released a statement in which she said, “Every time I open my social media, I am bombarded with painful lies and distortions that reduce my lived experience, erase the history of my people, equate our collective Jewish existence with white supremacy, oppression, ethnic cleansing, and genocide… Accounts with millions of followers are openly and unashamedly demonizing Jews in ways I have never witnessed in my lifetime.”

In the statement, Berman expressed a sense of loneliness and isolation: “For many of us, the most painful part is that the cruelty and ignorance is coming from people we have always considered to be our friends and allies, the people we have always fought alongside for social justice in America.”

The majority of the statement focused on supporting the Jewish community and Israel; one paragraph acknowledged the suffering of Palestinians. While the overwhelming majority of the reactions to the statement were grateful, Berman admitted that several readers responded with messages that more or less said, “We’ve been telling you all along that the left is antisemitic and now, you’ve learned your lesson.” But Berman wasn’t deterred. “If you, as a Jewish person, are unable to consider the suffering and indignities of Palestinian life, you’re contributing to the ignorant misperception of Jews as coldhearted oppressors,” she told the Journal.

In the past few weeks, Berman noticed a disturbing trend on social media: “Every tweet and Instagram post seems to be from people who know nothing about the Middle East, sharing whatever they see that feels like it is going to help them pass whatever litmus test they want to pass within their own communities and circles,” she said. “What’s going on social media has real world consequences, but many of the people who have posted outrageous blood libels have no idea of the danger in which they’re putting Jews and no idea of the historical context of the antisemitic tropes they are blindly recycling. The virtue signaling is totally out of control.”

I’m the first to admit that progressive Jews aren’t perfect; I’ve taken many friends to task for only focusing on Israel’s faults or dedicating themselves to seemingly every social justice cause except fighting antisemitism.

Last week, nearly 100 American rabbinical students issued a letter calling Israel a racist, apartheid state and expressing concern over an alleged “violent suppression of human rights.” This week, a group of Google Jewish employees implored the tech giant to recognize the suffering of Palestinians and, shockingly, to “reject any definition of antisemitism that holds that criticism of Israel or Zionism is antisemitic,” as it is “limiting freedom of expression and distracting from real acts of antisemitism.”

There are many more stories like these. But I believe these people are outliers. They’re foolish, misinformed and most likely even tokens, which, more than anything, renders them outliers within the greater Jewish community.

In the past few weeks since Israel has fought a three-pronged conflict against Hamas in Gaza, Arab-Jewish riots in cities ranging from Lod to Acre and the never-ending battle for its public image, it’s vital to recognize that many progressives have taken up virtual arms to defend the Jewish state in the cesspool of lies that has become social media.

“Most real progressives have no problem with Jews,” Berman said. “They don’t understand any of this and are focused on urgent matters in this country where we live and vote.”

Zioness is hoping that progressives will send a pre-drafted letter to their state and federal elected officials, asking that they stand with the Jewish community against vitriolic anti-Semitic messages and physical attacks.

Shouldn’t it be a given that progressive Jews, like most other Jews, should defend Israel? Do they really need to be thanked?

Yes, not only because theirs is a thankless and vulnerable task in a space in which their activism is completely (and viciously) compartmentalized, but also because gratitude is one of the central tenets, if not the defining principle, of Judaism. There’s a reason why the root Hebrew word of “Yehudi” (Jew) is “modeh,” or to “give thanks.”

The past few weeks have revealed at least one silver lining, however sad: “A lot of Jews who really weren’t thinking that much about Jewish existential vulnerability before this recent crisis are now realizing how easy it is and how quickly it can happen that the demonization of Jews is normalized in a society,” Berman said. “I hope that makes people wake up to the fact that we need to represent ourselves; we need to own our own liberation movement; it’s up to us to define Zionism as well as anti-Zionism.”