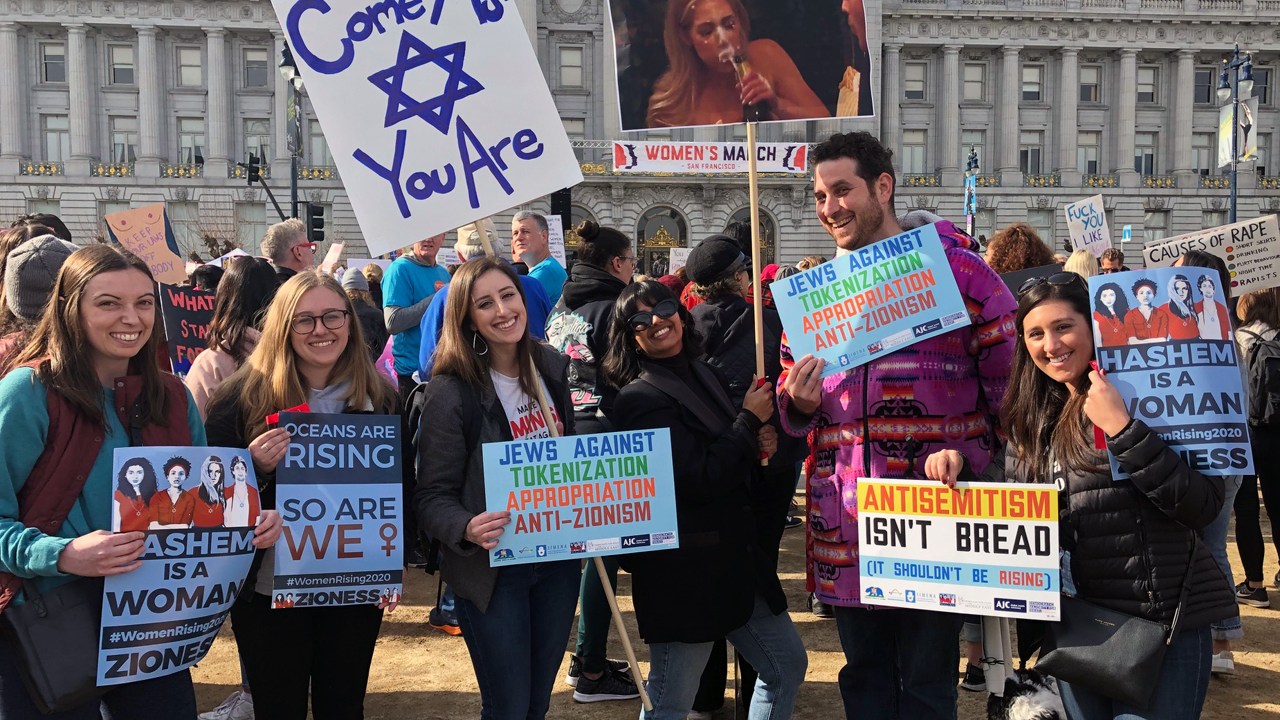 A Zionist group in the Women’s March in San Francisco on Jan. 18 said the fight against anti-Semitism in the movement’s ranks is close to being won but vigilance must continue. Twenty participants marched under the Zioness banner down Market Street in one of some 200 Women’s Marches across the country. Unlike similar marches in previous years, those in the group of Zionist Jews that participated reported no openly anti-Semitic messages in San Francisco.